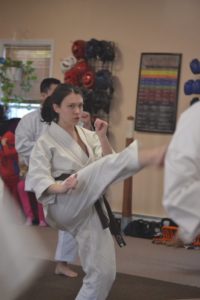 Alongside this backbone, we incorporate techniques and skills from a great number of other styles and arts: from boxing to kickboxing, from Krav Maga to the Tony Blauer Tactical System. 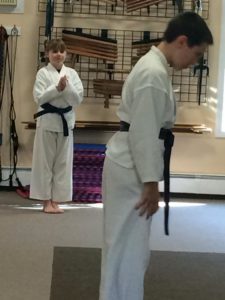 We believe that karate is as much about building the character of the practitioner as it is the body. This belief is embodied in our Dojo precepts, six character traits that we actively pursue together through our study of karate.

We are certified by the Okinawa Kenpo Karate Kobudo Devalentino Shudokan Schools International.